Don't Be A Moses 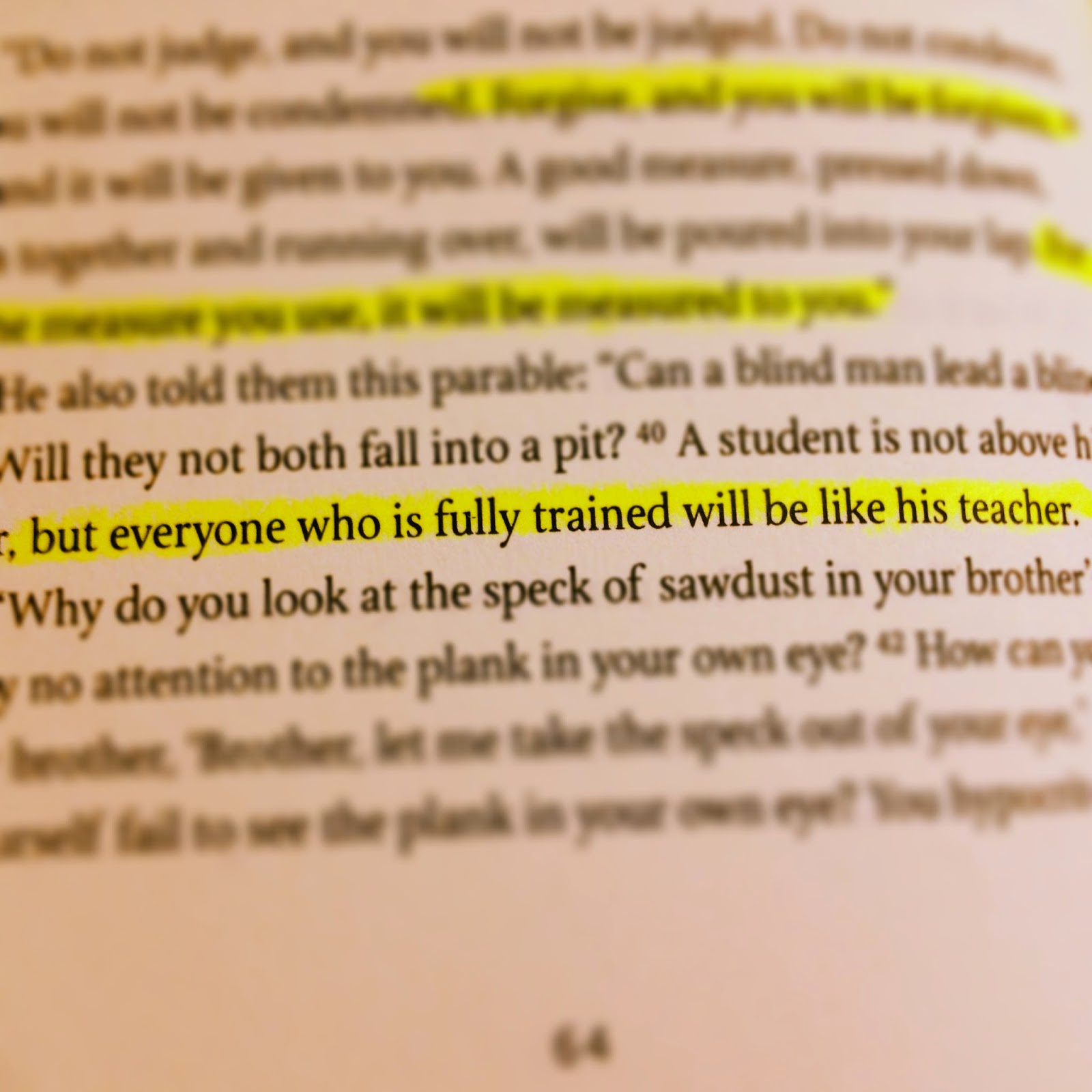 Luke 6:40. Yeah . . . Sometimes I forget that the answers are right in front of my face . . . and they're written on the tablet of my heart (Proverbs 7:3).
My first big paper is to be an exegetical research paper on 1 Corinthians 14:33-36. After all of my questioning and my challenge of sorts to God concerning my sex and its place in ministry, He made my first assignment one that will shape my thoughts about women in ministry for the rest of my life.
He's quick like that.
Labels: Jesus Talk